Using a new technique that can identify genetic profiles of individual cells, University of Notre Dame researchers modeled a breast cancer tumor’s potential resistance to a drug, and then identified a drug combination that reversed that resistance.

Siyuan Zhang, the Dee Associate Professor of Biological Sciences at Notre Dame, and his team used a new profiling process to make the discovery, published in Nature Communications.

“The new technology allows us to do sequencing on each individual cell,” Zhang said, adding that his lab worked with Notre Dame’s Genomics and Bioinformatics Core Facility to apply the new technology, called high-throughput single-cell profiling, on campus.

Until recently, finding patterns of gene expression for cancer tissue has been performed using whole tumor tissue, a process called bulk sequencing. Unfortunately, cancer cells are embedded in a matrix of other cells, making it difficult to distinguish the true signatures of individual cells. The new single-cell profiling technique makes the task of discerning the nature of each cell possible.

In this study, researchers observed how a particular new drug works for shrinking tumors in an aggressive type of cancer, HER2-positive breast cancer. The drug, called a CDK 4/6 inhibitor — used to block a specific type of enzyme — works rapidly. But most drugs start out working well, before the tumor eventually changes and becomes resistant to the treatment. Researchers then look at the resistant tumors and start to develop new drugs to overcome resistance, but by then it’s too late. “By the time we find a new drug, the tumor has shifted into something different,” said Zhang. 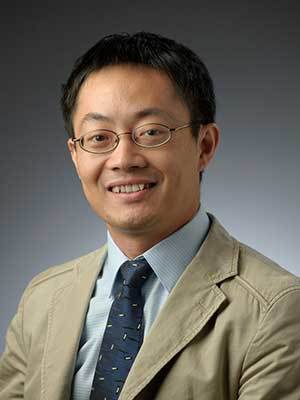 Zhang decided to investigate predicting the potential for drug resistance. Running tests in tandem with the clinical trial for the CDK 4/6 drug, and using the single-cell profiling technology, his team discovered a type of tumor-infiltrating immune-suppressive cells that led to resistance. The team then added another already-FDA-approved drug to target the immune-suppressive cells. The combination reversed the resistance.

“The new combination of drugs shows that the resistant tumor can be treated, and can maintain and control the tumor size for a pretty long period of time,” Zhang said. Given the effectiveness of the additional drug, clinicians could begin the combination therapy even before resistance occurs, Zhang noted. Because the drug is already FDA-approved, clinicians may choose to try the protocol now.

Single-cell profiling could lead to additional discoveries, said Michael Pfrender, director of the Genomics and Bioinformatics Core Facility and professor in the Department of Biological Sciences.

“The applications of single-cell approaches to human disease and development are profound,” he said. “This technology is rapidly becoming an essential feature in the biomedical research tool kit.”

In addition to Zhang, other researchers include Qingfei Wang, Ian H. Guldner, Samantha M. Golomb, Longhua Sun, Jack A. Harris and Xin Lu, all of Notre Dame and the Mike and Josie Harper Cancer Research Institute. Lu and Zhang also are affiliated with the Indiana University Melvin and Bren Simon Cancer Center.

The study was funded by the National Institutes of Health, Notre Dame’s Boler-Parseghian Center for Rare and Neglected Diseases Catalyst Award and a grant from the Notre Dame Advanced Diagnostics and Therapeutics initiative.

Originally published by Deanna Csomo McCool at news.nd.edu on September 25, 2019.